Florian Bieber is a Professor of Southeast European History and Politics and Director of the Centre for Southeast European Studies at the University of Graz, Austria. He holds a Jean Monnet Chair in the Europeanisation of Southeastern Europe. He is the coordinator of the Balkans in Europe Policy Advisory Group (BiEPAG). He has worked for the European Centre for Minority Issues and taught at Kent University (UK). He is also a Visiting Professor at the Nationalism Studies Program at CEU. He has been a Visiting Fellow at the LSE and New York University, and held the Luigi Einaudi Chair at Cornell University. Recent publications include Negotiating Unity and Diversity in the European Union (Palgrave 2021, with Roland Bieber), Debating Nationalism (Bloomsbury 2020) and The Rise of Authoritarianism in the Western Balkans (Palgrave 2020). 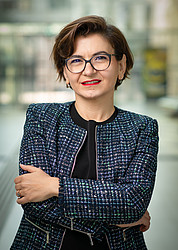 Bilgin Ayata joined the Centre for Southeast European Studies at Graz University in October 2020. Previously she taught Political Sociology at the University of Basel. She obtained her PhD at Johns Hopkins University (Baltimore, USA) and her MA degree from York University (Toronto, Canada). Her teaching and research focusses on migration, infrastructure, citizenship, postcolonial and intersectional studies. Her regional expertise includes Europe and the MENA region. She has published widely on (forced) migration, transnationalism, urban protest, affective politics, memory and violence. 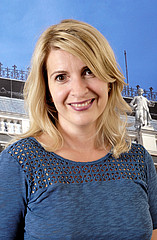 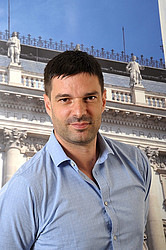 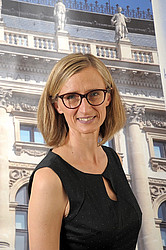 Emma Lantschner is Associate Professor and Deputy Director at the Centre for Southeast European Studies at the University of Graz. In her research and teaching she focuses on the protection of national minorities and the right to equality and non-discrimination, and in this context on algorithmic discrimination. Before coming to Graz, she worked as a researcher at the Institute for Minority Rights at EURAC Research in Bolzano/South Tyrol. She served as expert on minority issues for the OSCE and the European Commission. Since 2020, she is the Italian member of the Advisory Committee of the Council of Europe Framework Convention for the Protection of National Minorities. 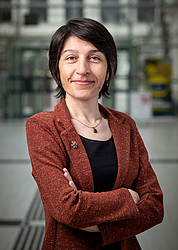 Derya Özkaya is a postdoctoral researcher at the Centre for Southeast European Studies (CSEES) at the University of Graz. She received her Ph.D. in Political Sciences from the Otto Suhr Institute of Political Science at Freie Universität Berlin with her dissertation entitled “The Affective and Emotional Dynamics of Collective Action in Turkey's Gezi Uprisings and Their Aftermath” in November 2020. Her academic research interests are primarily centered on political emotions and affect, political ethnography of collective action and resistance, social movements and contentious politics, and collective memory with a particular focus on Turkey. 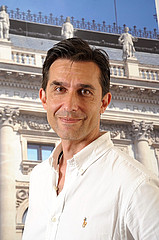 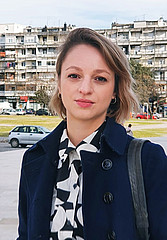 Claudia Laštro is a PhD researcher and Academic Coordinator of the Joint Master’s Programme in Southeast European Studies at the CSEES. She received her B.A. and M.A. in Political Science, History, and Eastern European Studies from the Ludwig-Maximilians-University Munich, where she also worked as a Teaching Assistant and Lecturer. Her current research interests include dominant parties, post-socialist transformation, politics of informality, and institutions in autocratic regimes. Talia Baroncelli is a doctoral candidate in Law and Politics at the University of Graz and a new research assistant at the Centre for Southeast European Studies, under the supervision of Prof. Dr. Bilgin Ayata. She is currently conducting research as part of the project “Elastic Borders: Rethinking the Borders of the 21st Century.” Her research interests include European migration policy, as well as the erosion of the right to asylum and the surveillance of asylum-seekers at the EU's external borders. She is particularly interested in the jurisdictional grey area that encompasses the joint operations between EU Member States, EU agencies such as Frontex, international organizations, as well as profit-driven private actors, and the human rights violations which are perpetrated without accountability as a result of this legal confusion. She completed an LL.M in European Business and Social Law at the University of Bocconi in Milan, in addition to an M.A. in Political Science at Freie Universität in Berlin. Prior to her relocation to Europe, she completed her Honours B.A. in Political Science at York University in Toronto, Canada. She spent several years between 2016 – 2020 working as a legal counsellor at a Berlin-based NGO, Kontakt-und Beratungsstelle (KuB), where she primarily worked with asylum-seekers from Afghanistan, Syria, Iran, and the Western Balkans. Her hands-on experience from the NGO prompted her to undertake a PhD in EU migration issues, to further interrogate the contradictions in EU policy and the violence perpetrated at and beyond the EU’s periphery.