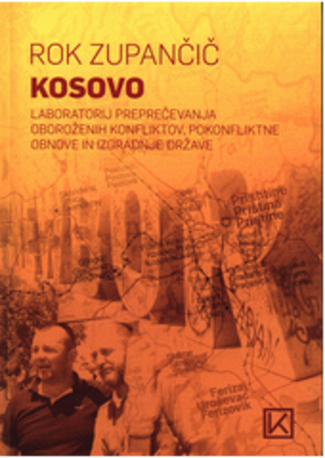 The monograph analyses the role of the United Nations, the Organization for Security and Cooperation in Europe, the European Union and NATO, tasked with conflict prevention, post-conflict reconstruction and state-building in Kosovo from 1999 to 2008. The role of four international organizations in this regard is analysed by the use of selected quantitative and qualitative methods of social science research (surveying, interviewing, statistical analysis, analysis of primary and secondary sources), employed by the author during his field work in Kosovo. The four of the analysed international organizations understood their role in those tasks in a broad sense. Thus, the four actors were, in line with their strategies, mostly applying the instruments of mid- and long-term conflict prevention (economic incentives, establishing democratic institutions, raising awareness on human rights and fostering protection, assuring general safety etc.), while the instruments of short-term conflict prevention were applied only sporadically, on a case-by-case basis. The application of instruments of conflict prevention was mostly the result of ad hoc decisions, and not an automatized process, which would be triggered in the cases when certain conditions are met. The monograph also analyses the question if and to what extent did the Kosovo Albanians and the Kosovo Serbs support the conflict prevention work of the four international organizations in this regard. The results have shown that the standpoints of the two populations vary along the ethnic lines statistically significant.