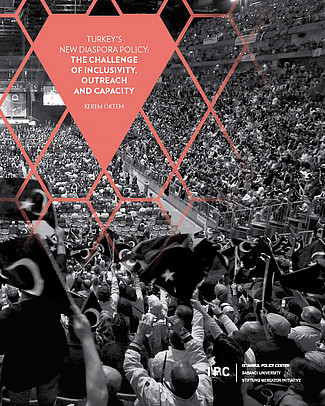 Description:
Turkey has many expatriate communities abroad, as well as communities of various origins, whose members reside within its borders and feel connected to other states or regions. Many of these communities have been ignored or eyed with suspicion by the modern Turkish nation-state since its inception in the 1920s. It is only recently that Turkey has “discovered” its people abroad and the diaspora communities within, a discovery that appears to be causally connected with Turkey’s rising ambitions and ‘soft power’ capabilities. Under the Justice and Development Party, efforts for a concerted diaspora policy have reached a peak with the creation of the Presidency for Turks Abroad and Related Communities in 2010. This report deals with the Presidency, its goals and capacities, its role within the larger context of Turkey’s foreign policy and its desired and actual impacts on Turkey’s diaspora communities. Is this a “new diaspora policy” geared towards increasing Turkish influence abroad or an attempt to improve the quality of life of Turkish citizens often experiencing discrimination in Western European countries? Or is it an example of constructive foreign policy and diaspora building among a disparate group of people, most of whom have only very little in common? Based on qualitative field research in the Presidency, this paper argues that Turkey’s new diaspora policy combines all of these different approaches. This openness and flexibility is a great strength, even though significant political challenges await Turkey’s diaspora policies, precisely because it is still very much in the process of assembly. That said, this first stage in the making of Turkey’s diaspora policy is a perfect time to discuss its direction and suggest ways to make it more inclusive and internationally respected. This is all the more important as Turks abroad are likely to experience more discrimination in a European Union increasingly influenced by racist and Islamophobic political parties, while the contestations over the hundredth anniversary of the Armenian genocide in 2015 will add new stress to inter-community relations between Turks, Kurds and Armenians abroad. An inclusive and post-nationalist diaspora policy would be an important remedy to both of these challenges.