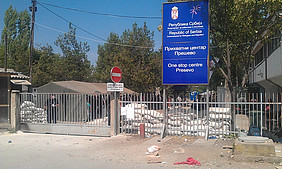 BB: Robert Rydzewski - The Balkan Route – the Recent History of Migration From and Through the Southeastern Europe

The so-called “refugee crisis” of 2015 and 2016 not only stirred up the European public but also significantly influenced the European border regime(s). Introduction of the filtering process of migrants taking place in the “hotspots” at the EU external border; the normalization of the border guards’ violence as a method of migration deterrence and stricter border control transformed the migration possibilities and migration trajectories from and through the  Southeastern European  states. The presentation aims to analyze the intertwining relations of migration from Southeastern European states and migration from the Global South through the Balkan route.