The Small State Facing Asymmetric Environment: A Reconsideration of the Identity? - The Slovenian Experience 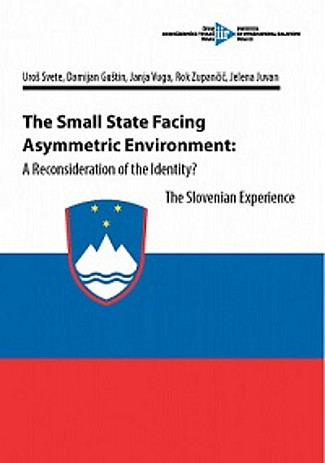 Description:
The book "The Small State Facing Asymmetric Environment: A Reconsideration of the Identity? The Slovenian Experience" analyses asymmetry in warfare from the perspective of a small nation by combining a historical, a defence-strategic and also a wider security approach, including certain moral-legal and technological dimensions. Its primary objective is to prove that small countries, “often endowed” with rich historical experience, can also significantly contribute to discussions of asymmetric warfare and conflict understanding. It thus aims to fill a gap in the field, as similar studies in the field mostly focus on powerful states. The book mainly focuses on Slovenian asymmetric experiences, which went through a series of dramatic alterations in the last 60 years. The Slovenes were forced to use an asymmetric approach during the Second World War, but today Slovenia is a part of both NATO and the EU alliance. And thus it is increasingly faced with situations where an asymmetric approach is used against it (especially in Afghanistan). The book also analyses how the still present and strong historical memories of asymmetric warfare cause almost schizophrenic political and social reactions and a huge identity crisis in Slovenia. The authors argue that in Slovenia the division within the nation, which has escalated in World War II and the years that followed, is still present nowadays, and the planned reconciliation of the nation has not happened yet.