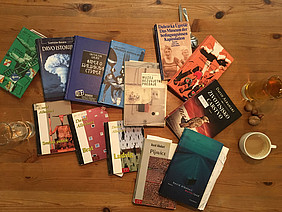 After Tito’s death in 1980 the Socialist Republic of Yugoslavia existed for another decade. The social and economic crisis had radical ideological and political consequences: ethnic nationalisms increased, and the rapid erosion of Communism as well as the idea of Yugoslav unity took place, which ended in the wars of the 1990s. In a series of fictional literary texts and essays since the late 1980s, Dubravka Ugrešić, David Albahari, and Svetislav Basara wrote critically and satirically on the ethnic nationalisms, chauvinism, and violence that flooded the public and political scene of Serbia and Croatia. In focus of the talk are works where Yugoslavia is a frequent metaphorical motif, as well as a counter-narrative that provides the affirmative pole of satirical attack. The historical heritage of socialist Yugoslavia remains however an ambivalent symbol in these texts, on the one hand, it is also a target of satirical subversion, while on the other, it is sometimes depicted with melancholy and (Yugo)nostalgia.