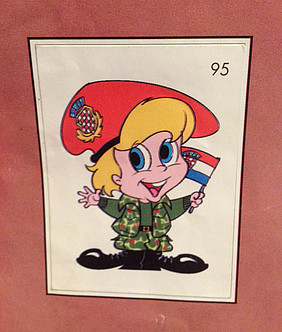 Ivana Polić - The (Re)Making of Young Patriots: Children and Nation-building in Croatia and Republic of Srpska Krajina (1990-1995)

While histories of ethnic conflicts, nationalism, and postwar transitions focus on mainly adult actors, this project seeks to shed light on the importance of children as both agents and subjects in the conflict-ridden areas of the Balkans, including their centrality to the transition from communism to capitalism, the wars that characterized that shift, and post-communist nation building, which remains contentious and in a state of flux to this day. During and after the breakup of Yugoslavia, the most violent conflict in Europe since the Second World War, children, who garnered the overwhelming majority of media attention as quintessential victims, also played a vital role in the nation-building processes of the successor states. The project takes Croatia as its case study, and looks at the conflicting nationalist ideologies that developed within its territory in the first half of 1990s; as the country declared its independence from Yugoslavia the insurgent Serbs established the self-proclaimed Republika Srpska Krajina on about a third of Croatian territory. Specifically, the focus is on the complex and, at this point almost completely unexplored, use of children and childhood in inculcating the nationalist ideologies of these communities into the minds of the youngest generations, and their transformation into “ideal” Croats, Serbs, or Yugoslavs. Combining various disciplinary approaches from historical analysis to media studies and sociology, the project examines the role of the main pro-regime media, national curricula, and also the seemingly unrelated domain of children’s literature and consumer products in attempting to fulfill this process.