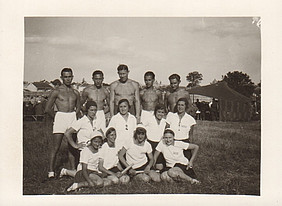 BB: Jovana Papović -"The Manufacture of a Yugoslav Culture : the Sokol Movement in Interwar Yugoslavia"

The Sokol, a secular, gender mixed, nationalist gymnastic movement created in times of the Hapsburg empire, grew to become one of the most important voluntary associations in interwar Yugoslavia. Its main goal was to educate “physically and morally” the new Yugoslav citizen in a patriotic sentiment and to participate, alongside the state, in the manufacture of a Yugoslav national culture. Despite its insistence on supporting and promoting the official unitarist ideology, the Sokol was not a homogenous organization, and its relationship with the state was far from being submissive. If in some occasions it served as a tool of propaganda, it was also a channel for social emancipation, especially for youth. By confronting these diverse dimensions of the Sokol, their public events and the private experiences of the members, I aim to shed light on the tensions between the official Yugoslav unitarist ideology and the multiple forms of its implementation on the ground.

Jovana Papovic is currently pursuing a PhD in History at the École des Hautes Études en Sciences Sociales in Paris (EHESS-CETOBaC) where she conducts research on the political, cultural and social impact of the Sokol movement in interwar Yugoslavia. Previously, she completed a Master’s degree in Anthropology at EHESS and a Master’s degree in Cultural Studies at the Faculty of Political Sciences in Belgrade. She has also conducted research and published articles and book chapters on youth cultures and activism in contemporary Serbia.