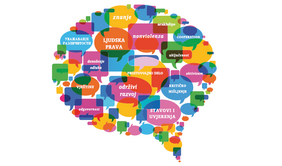 All relevant national and international research demonstrate a lack of civic competence among Croatian youth (Bagić and Šalaj, 2011). Since they are portrayed as politically illiterate, disillusioned, passive and uninformed; (Šalaj, 2011; Ćulum, Gvozdanović and Baketa, 2016), it is evident that civic education is crucial for diminishing the democratic deficit and boosting functional literacy of young people (Bovan and Širinić, 2016). Furthermore, for more than 20 years numerous policy players in Croatia have been advocating for systemic and quality civic education within formal education, as a way to raise thinking and conscious citizens, willing to contribute to the community they live in (Bužinkić, 2011; Kovačić and Horvat 2016). As a result, the national government partially recognized the problem and introduced civic education as one of seven cross-curricular topics in primary and secondary schools. However, according to some critics (Spajić-Vrkaš et al., 2016), the content of the curriculum failed to address relevant issues and currently serves basically as a cover for the unwillingness to introduce quality civic education content in schools. At the same time, certain local government units in Croatia decided to fill the gap and introduced additional civic education classes in elementary schools within their jurisdiction (Ćulum, Čekolj and Kušić, 2018). This presentation analyzes discrepancies in policy priorities between national and local governments in the field of civic education. Moreover, the presentation seeks to provide a comprehensive analysis of the existing national and local civic education curriculum and assess to what extent the needs of young people are met (Ilišin and Spajić-Vrkaš, 2015).

Dr Marko Kovacic is a research fellow and assistant professor in youth studies at the Institute for Social Research in Zagreb. He co-authored four books, written more than 20 scholarly articles, and acted as a project manager in 15, and as a researcher in additional 20 projects focusing on youth or education. He is a founder and lecturer at the first academic youth studies program in Croatia, run at the University of Rijeka where he teaches several classes. Kovacic is a national correspondent for youth for the European Commission and Council of Europe for Croatia. In the last ten years, he has been engaged in the majority of national and European youth policy processes.