Mutual Misunderstandings? Muslims and Islam in the European media. Europe in the media of Muslim majority countries. 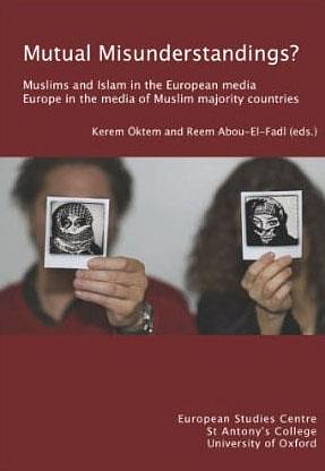 Description:
The media, from newspapers and magazines to television, radio and the internet, have become central sites of contestation over one of the most controversial issues in European public debates: Islam and Muslims in Europe. Mutual Misunderstandings seeks to contribute to this debate by questioning the widespread assumptions that permeate it: That there is a clearly delimited ‘Europe’, that this ‘Europe’ is opposed to a bounded ‘Muslim world’, and that conflict is written into the history and present of all interactions between these two supposedly distinct ‘worlds’. And finally, that the media therefore has to reflect this deep-seated enmity in its coverage. This volume therefore attempts to unpack these highly aggregated, yet ultimately unhelpful categories. It explores the historically and politically contingent ways in which ‘Islam’ has come to be the major frame of reference for debates on Muslims and Europe, and highlights the role of the media in this process. The collection does so by suggesting a novel geographic scope of inquiry. It looks from Europe to the Muslim world, but also from Muslim majority countries to Europe: From France and Germany to Bosnia Herzegovina, Turkey and Egypt. This choice reflects an intention to decentre the conventional focus on the Arab Middle East and Iran, by considering cases from South East Europe such as Turkey and Bosnia, as well as looking at Egypt, rather than at the more specific but over-reported case of Saudi Arabia.  With this focus, Mutual Misunderstandings provides a fascinating exploration into five very distinct cases of media systems dealing with their respective internal and external others.