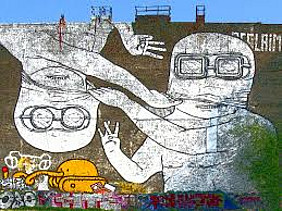 Chiara Milan - Reclaiming the city in the post-Yugoslav space

Chiara Milan - Reclaiming the city in the post-Yugoslav space

Over the last decade citizens of the post-Yugoslav space have increasingly been advocating for inclusion in decision-making affecting the restructuring of their urban habitat. This emerging activism addresses the so-called “Right to the City”, defined as the collective right to intervene to reshape the urbanisation process. A variety of citizen initiatives emerged, brought about by grassroots groups reclaiming, through different tactics, the citizens’ right to participate in decisions related to urban planning and the use of public space. This research explores the dynamics of urban activism in the post-Yugoslav space, examining the diverse ways in which Right to the City groups have responded to projects of urban restructuring of their cities and to the on-going privatisation of the public space resulting from the transition, in an attempt to grasp how citizens in post-socialist countries enact their citizenship today.