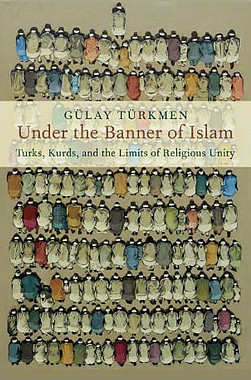 Lecture Series 2021 - Intersectional Perspective on Turkey - Dr. Gülay Türkmen: "Under the Banner of Islam: Turks, Kurds and the Limits of Religious Unity”

For our last event of the online lecture series “Intersectional Perspectives on Turkey,” we will be hosting Dr. Gülay Türkmen.

Is it possible for religion to act as a resolution tool in violent conflicts? Following this question, Dr. Gülay Türkmen will present her new book “Under the Banner of Islam: Turks, Kurds, and the Limits of Religious Unity” where she explores how religious, ethnic, and national identities converge in ethnic conflicts between co-religionists in Turkey. The book tells a specific story of religion, ethnicity, and nationalism in Turkey’s Kurdish conflict, but it also tracks a broader narrative of how ethnic and religious identities are negotiated when resolving conflict.

Dr. Gülay Türkmen is a postdoctoral researcher at the University of Graz’s Center for Southeast European Studies and a visiting researcher at the Max Planck Institute for the Study of Religious and Ethnic Diversity.

The book launch is public and will be held on Zoom. To join, please click on the following link: