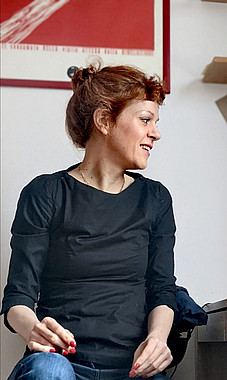 Judith Butler is certainly one of the best known feminist theorist in the region, whose Gender Trouble has been translated into Slovenian, Croatian, Macedonian, Montenegrin, and Serbian. Teaching Butler was part of all alternative and official programs in women's and gender studies, and her theory of performativity was understood, for a long time, as the crown of feminist thinking. Surprisingly, her anti-war philosophy arrived late in the post-Yugoslav region - Precarious Life was translated into Croatian in 2017, in Serbian only in 2020. Why was Butler so important in the 1990s, and so unread in her later phase, although it corresponded so well with our own experiences of loss and melancholic national intimacies? How did we read Butler's queering of identities struggling against our own warmongering politics of identity? How did we react to Butler's thought after economic crisis and how do we read her now, when 'gender' functions as a global scarecrow in right-wing politics, and as as f-word for some portions of feminism itself?

Adriana Zaharijević is a Senior Research Fellow at the Institute for Philosophy and Social Theory, University of Belgrade. She writes at the crossroads of political philosophy, feminist theory and social history, and has authored Postajanje ženom (Becoming a Woman, 2010), Ko je pojedinac? (Who is an Individual? 2014, 2019) and Život tela (Life of Bodies, 2020). She is currently preparing a manuscript on Judith Butler and Politics (Edinburgh University Press), and has translated quite a few of Butler's texts, among others, Gender Trouble and Precarious Life.