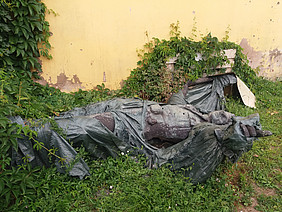 Embracing the social-constructivist concept of the past, my research takes an interdisciplinary approach to nostalgia, bringing together political science and cultural memory studies. Valuing the importance of emotions (Nussbaum, 2013; Hassner, 2015) in the political field and acknowledging the ascent of contentious politics (Tilly, 2006; McAdam, Tarrow & Tilly, 2001; Tilly, 2008); in a world where official memory discourses are constructing and reconstructing history, this thesis conceptualizes nostalgia as another contentious expression. With the aim to answer the main research question on the meaning of Yugonostalgia for politically active last pioneers and its reflection in their politics; the thesis is based on extensive research of the narratives of the generation of the last pioneers (born between 1974 and 1982), in three (post)Yugoslav countries: Slovenia, Croatia and Serbia. Avoiding methodological nationalism (Wimmer and Schiller, 2003) and implementing Constructivist Grounded Theory in data analysis (Charmaz 2004), through political ethnography, in-depth interviews and participant observation, in the course of 2017 and 2018, 62 political actors were interviewed from the whole of the political spectrum.

Yugonostalgia of the last pioneers primarily serves the purpose of resisting the imposed discontinuity, becoming a collective and a political phenomenon. Generationally changing the location, it finds itself engendering the political potential notably for the new left wing movements and political parties. Notwithstanding, nostalgia forges generational communities who are transforming into political generations; transforming the memory of the Yugoslav cause, into a memory with a (post)Yugoslav cause (Rigney, 2016). As the right wing and center political choices tend to remain embedded in the concepts of nation-states and ethno-national vision of the world, the new left wing positionalities turn to internationalist Yugoslav reflections.

The thesis argues that any attempt to categorize nostalgia fails; not because it evades our capacity to understand the multitude of layers and meanings it comprehends, but because we try to deny its political character. It is precisely through the political subjectivity of the nostalgic who colors his/her nostalgia by its contents, that we can identify the nature of nostalgia. Instead of discarding nostalgia as apolitical, we need to reinstate it as the political and thus expand our own understanding of the political field in the 21st century. The (post)Yugoslav memory narratives of the last pioneers give us an insight into new and unexplored political imaginaries of the (post)Yugoslav space.

Milica Popović is PhD candidate in Comparative Political Sociology at the Doctoral School of Sciences Po Paris, affiliated with CERI (Center for International Studies) and in Balkan Studies at the Faculty of Social Sciences, University of Ljubljana; expecting to defend her thesis under the title “(Post)Yugoslav memories as resistance strategies – Understanding the political significance of Yugonostalgia” in the first half of 2021. Her academic research interests are primarily focused in the field of Memory Studies, looking into transmission of memory within post-socialist contexts and the influences of memory and nostalgia onto political identities.

Currently, Popović is a Junior Visiting Researcher at the Yehuda Elkana Center for Higher Education, at the Central European University in Vienna, establishing the Global Observatory on Academic Freedom, which perfectly brings together the whole of her academic and professional experience. In parallel to her academic career and teaching experience at Sciences Po in Paris, Popović gained 20 years of professional experience within international organizations, on judiciary and rule of law reforms, and primarily in the field of Higher Education as she has been participating in the building of the European Higher Education Area since 2003, through different positions and perspectives – of a student (experience in the Student union of Serbia and the European Students’ Union), of the academic and non-academic staff (experience in Education International and Sciences Po Paris) and the expert perspective as she has worked as an independent researcher and consultant in the field for the last ten years on numerous projects of the Council of Europe, the European Commission and many others.

During the lecture, we will detect and then elaborate in detail on various manifestations of anti-Muslim hatred in the countries of Western, Eastern,…