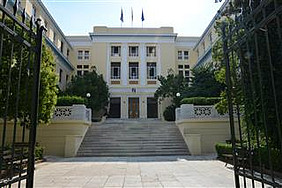 Attempts to impose neoliberalism are not new and have not failed in Greece. The history of the more than 20 last years has been a history of such attempts, of their success and of the resistance against them. Reforming higher education according to the neoliberal dogma has always been a high priority. In this lecture the focus will be on the current and on-going attempt with a special emphasis on the way this attempt meets the neoliberal vision challenging equality, inclusion and academic freedom.